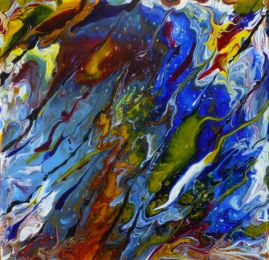 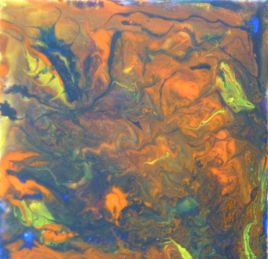 A rather rich confection on this post as I show you some of the poured acrylics I’ve done. I bought some Floetrol and silicone oil and started  pouring rather than the spreading I did with ‘Drop in the Ocean’ I posted on 30th October. Despite the Floetrol  I am struggling with getting the paints to flow in the way I feel they should, but I think I now know the answer.

The two above are small, 6 inches square and I tried a bigger one about 20×14 inches, see below, but it was when I was struggling with the flowing issue, so I ended up holding the canvas and spun it sharply in the air to get the paint to cover the surface. I suppose in the same vein as one of Damien Hirst’s pizza paintings – though he got someone to do his on a turntable and, unfortunately, it wont command the same price. 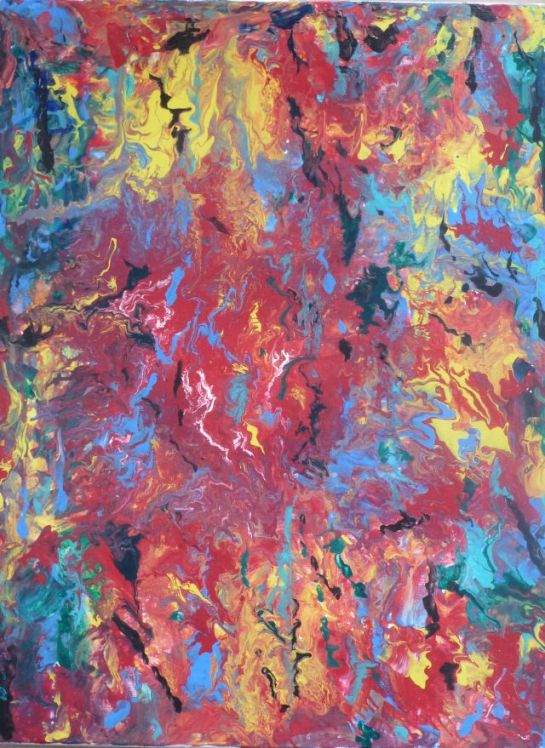 Having just watched a programme on the making of the Sergeant Pepper album this has that rich psychedelic feel of the sixties era. I was wondering about putting a face on it – maybe for later.

Talking of later, I put out a post called the Archaeology of Paint in October. Since then I have added to it, so here is the latest version. I think it is more satisfying, but is it the finished article? 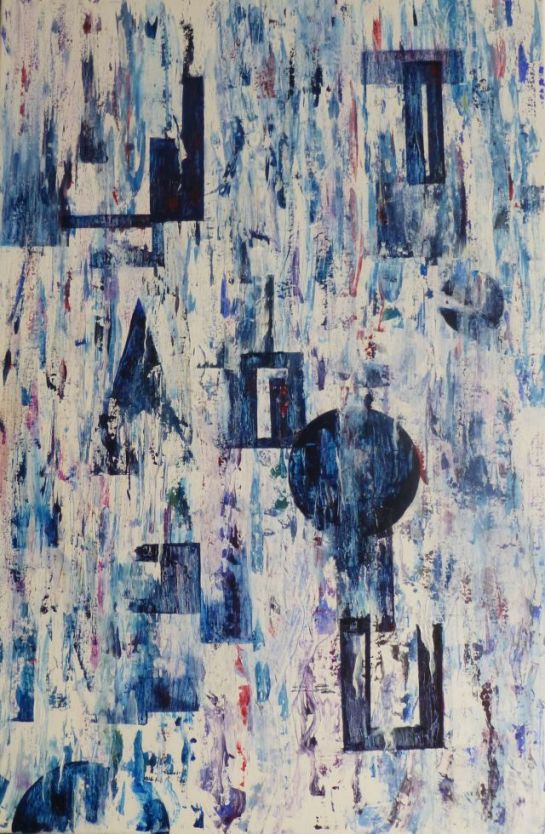 Anyway, I wont be adding to it anytime soon as am off to Namibia and then on to Cape Town and the southern coast. Hopefully I’ll get some time to paint and post some images.

Other acrylic abstracts are available for sale on my website: grahammcquadefineart.com